This is what it's like studying with a disability

Website Leiden University, 21 April 2017.
More than a hundred people took part in the conference on Studying with a Disability on 20 April. Dozens of students shared their experiences. 'I would rather you ask me the same question a hundred times than that you decide on my behalf.'

‘Not everything can be learned from a book.' These were the words with which the chair for the day, Aminata Cairo, opened the conference. And books were not part of the day in the crowded New Energy hall in Leiden.  The conference focused on the exchange of experiences among students with a functional disability, lecturers and study advisers. Or in Cairo's words: 'Today is about all of us, because together we make up the University community.'

Awareness
The immediate impetus for the conference was the ratification by the Netherlands in 2016 of a UN Treaty to improve the position of people with a disability. According to the terms of the Treaty, companies and public and semi-public institutions - which also include universities - have to ensure that people with a disability can participate fully. 'We can thank a few active students for bringing this Treaty to our attention,' Vice-Rector Magnificus Hester Bijl gallantly admitted. She was referring in particular to law student Jiska Stad-Ogier, who, with her colleagues from the 'We Stand Up' organisation  monitors compliance with the UN Treaty.

Wall of incomprehension
At the meeting it became apparent that contact with lecturers and study advisers is one of the main bottlenecks for a fully inclusive university. There are many University  staff who put their heart and soul into supporting the group of disabled students, while in other lecture rooms students come up against a wall of incomprehension. This was also demonstrated by the experiences of the expert panel of students who struggle with limitations ranging from AD(H)D to poor vision and from dyslexia to chronic tiredness.

Lecturers decide for themselves
Take Sara, for example, who finds studying difficult because of her ADHD. Lecturers tend to decide for themselves what her problem is. Sara: ‘Some of them think I am always hyper, but I'm only restless on the inside. It helps if I have extra time in an exam, but not if I'm put in a tightly packed exam room. The sound of my neighbour's pen is an extra distraction, as are other students who get up from their desks during the exam.'

Ask a hundred times
Sara’s advice to lecturers: ‘Please ask me what I need. I'd rather you ask me the same question a hundred times than that you decide for yourself what I need.' Sara finds video lectures enormously helpful, because she can watch them in chunks.  She often doesn't have enough concentratin to be able to follow a complete lecture in one go. She also believes it is a pity that for some lectures there is an attendance obligation. On her more difficult days, her recall of the study material is often inadequate.

The little things
Jiska's problems are different: she is in a wheelchair and suffers from chronic pain and tiredness. She has noticed recently that more lecturers check with her what she needs. It's the little things that are important: moving a desk, for example so there is room for her wheelchair. 'The fact that I no longer need to ask means that I am actually being seen.'

Checking assumptions
Of course, more lecturers and study advisers should do that. But it's easier said than done, as Daan Romein (ICLON) showed in his presentation. For many lecturers there's barely enough time to prepare their lectures, let alone finding time for each individual student in the lecture hall.  As a result, lecturers often treat their student public as a homogeneous group, without checking their assumptions in advance.  You see the same thing among Asian students. They may sometimes seem uninterested, while in reality they come from a culture where it is not customary to engage in discussion with a lecturer.  'Always check your assumptions with your public,' Romein advises the lecturers present at the conference.

Two-way traffic
Break-out sessions gave students, lecturers and study advisers the opportunity to get to know one another. These sessions showed that it is only possible to have an inclusive university if there is continuous two-way traffic. ‘I've always raised any issues myself; it's something that I think is the responsibility of the student in question,' was the comment from a student with epilepsy. ‘But it's my job to make you feel welcome here,' a study adviser added.

From street criminal to student
American Hasan Davis in his keynote speech gave an impressive account of his own experiences. As a child he struggles with dyslexia and ADHD. Because he was given some opportunities - and made good use of them - he managed to move from being a street criminal to being a student. And now he is a professional who helps connect young people with education. Another speaker was PhD candidate Rianne Feijt, who showed that, regardless of whether they have a disability or not, students in principle have the same idea about what makes a good lecture. Obviously, some things are relatively more important for students with a specific limitation.  For students with dyslexia, for example, it's important to have study material that is easy to read, whereas others who have autism prefer the lecturer to divide the students into work groups.

How can we become a more inclusive university? 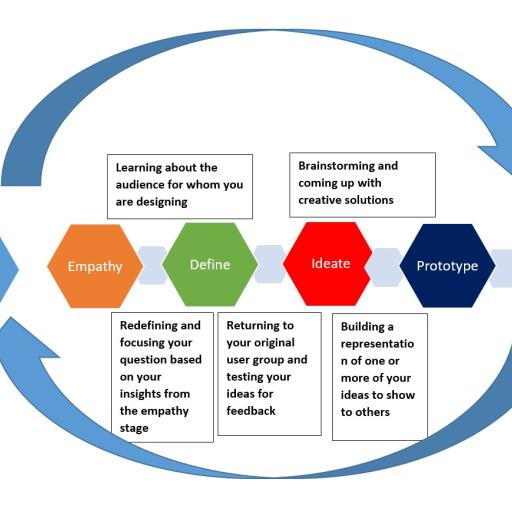